Our centralised management team are on hand to deal with orders, enquiries and advise you on getting the most from TOPSOIL. They are the friendly faces you see at shows and expos. The central team are supported by our dedicated production teams, at each of our four British Sugar factories, found in East Anglia. 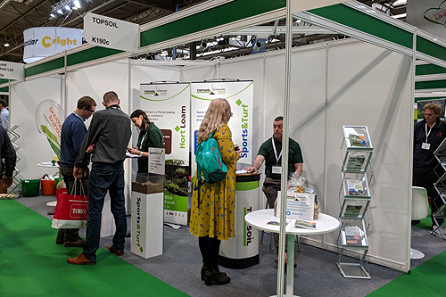 Andy joined British Sugar in 1987‭ ‬and has been National TOPSOIL Manager since...

Andy joined British Sugar in 1987‭ ‬and has been National TOPSOIL Manager since 1999.

Initially joining as an Agricultural trainee Andy has worked as an agronomist for the company in England and Poland‭.‬

Andy’s role involves managing the production, marketing and sales of the topsoil received with the beets.

Out of work, Andy’s passion is rugby and keeping fit. Andy is a volunteer pitch advisor for the RFU in Eastern Counties and was for over 15 years the volunteer groundsman for his local rugby club - Bury St Edmunds.

Always up for a challenge Andy has trekked in Vietnam, climbed the UK’s three highest peaks and cycled the London 100 and from London to Paris all in aid of charity. Outside of work Natalie has a passion for travel visiting several countries in South East Asia, Australasia and the Caribbean.  Natalie also has interests in yoga, reading, music and walking her dog Olivia who she adopted from a shelter in Greece. Grace joined the TOPSOIL team in 2017.

Grace joined the TOPSOIL team in 2017.

Before joining British Sugar TOPSOIL, Grace worked for Bidfood as a Telesales Executive.

Based near Nottingham Grace sells our range of subsoil, topsoil and topdressings across the Midlands. Grace  attends National and Regional events each year such as Saltex, BTME, FutureScape, NHBC days and supports local BALI and BIGGA events. She has recently passed her GMA Level 2 Winter Pitches (Applied Turf culture) qualification.  Over the last 4 years she has gained hands on experience through working with RHS Hyde Hall and a Garden design workshop with Adam Frost.

Outside of work, Grace enjoys keeping fit and skiing holidays with her family. 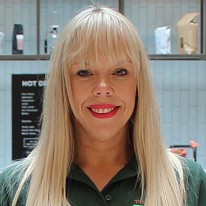 Kim joined British Sugar in 2015 in the Customer Services department as an Order Book Administrator,...

Kim joined British Sugar in 2015 in the Customer Services department as an Order Book Administrator, handling customer enquiries and taking orders for bagged and bulk sugar deliveries. In 2017 Kim joined the TOPSOIL team and looks after the Central Counties down into South East England.

Outside of work, Kim is a keen sportswoman having played women’s rugby for 18 years at Peterborough and Deeping Rugby club.  Kim has represented her rfu.

Kim likes to visit the gym 4-5 times a week to keep fit, along with cycling and walking. In June 2020 Sam joined the TOPSOIL team to support our Sales Managers.

As well as supporting...

In June 2020 Sam joined the TOPSOIL team to support our Sales Managers.

As well as supporting the Sales Team she is also the team co-ordinator for regional events we attend, such as Saltex, BTME, FutureScape and local events with BALI and BIGGA. Sam has valuable skills in assisting the smooth running of the administration side of the department which she manages daily for the team.

Prior to joining the TOPSOIL team Sam worked in British Sugars Grower Services team.  Sam’s role involved supporting Growers, Contractors and Colleagues in all aspects of their accounts.

Sam likes to keep fit and is a keen runner. More recently taking up virtual challenges until events return that she can take part in. In her role Faye will be...

In her role Faye will be supporting the sales team by managing our website, social media accounts and TOPSOIL literature.

In her spare time Faye enjoys watching football, supporting her local football team and socialising with her friends and family Maddie is the newest member of the TOPSOIL team and joined us in March 2022. Based near Nottingham Maddie sells our range of subsoil, topsoil and topdressings across the Midlands. Maddie will be covering for Grace who is on...

Maddie is the newest member of the TOPSOIL team and joined us in March 2022. Based near Nottingham Maddie sells our range of subsoil, topsoil and topdressings across the Midlands. Maddie will be covering for Grace who is on Maternity leave.

In her spare time Maddie enjoys walking her 3 dogs, reading and spending time with her family.

Much of the success of the TOPSOIL business can be credited to the dedication of the production teams at each of our four factories‭.‬

Although each of these teams is autonomous and self-sufficient in their daily work, together they form an integral unit who continually share best practice and ideas in order to improve efficiency and quality.  Please select a site below for interesting background of the people who make up these teams... Paddy Barraclough (Agricultural Operations Manager) has now enjoyed 16 years with the British Sugar Agricultural Department. Starting in LimeX sales he has progressed from Area Management to his current role which he previously held at the Cantley Factory. Three teenage children and three dogs occupy most of his leisure time, with the rest taken up with the usual round of cycling, gardening and DIY.

The Bury TOPSOIL operation is managed on a day to day basis by Billy Hollands who is now in his 29th year at Bury Factory. A keen follower of Formula One he is also an enthusiastic fisherman, when time allows.

The TOPSOIL screening and loading operation is run by James Hope and David Daniels who pride themselves on keeping the sheds full and ensuring loading times are kept to a minimum.

James Edwards and Paul Lawton are responsible for TOPSOIL at Newark.

James manages the production, storage and despatch of TOPSOIL and has been with British Sugar since 1998, starting as an apprentice - he now ensures the process is always operating at maximum efficiency. Outside of work, his interests centre on rugby and golf, being a member of Newark golf club.

Paul has been a Chargehand at Newark since 2004. Paul is in charge of the daily running of the TOPSOIL screening and out loading. Outside of work, Paul enjoys rugby and mountain biking.

Darren has been at Wissington from 1998, working in the Central Tarehouse and Beet Reception before his current role of Agricultural Operations Manager.

Starting at York in 1996, Steve moved to Wissington in 1997 and is now Buckingham Plant Hire Foreman.

Mickey has been TOPSOIL Foreman since starting at Wissington in 2004.

Jamie became Plant Operator with the team in 2006.

As a qualified Farm Secretary, Nikki has looked after the administration needs of the TOPSOIL operation since 2008.

The TOPSOIL business at Cantley factory is managed by a team of four; Henry Passmore, Steven Whales, Eirrin Thompson and Ben Cushion.

Henry is the Agricultural Operations Manager at Cantley Factory.  Henry started with British Sugar in 2014 as a graduate and has worked as an Agricultural Contract Manager within the business. Prior to joining British Sugar Henry worked on large arable farms in Suffolk and travelled and worked in New Zealand.

Steven is the Site Manager for Buckingham Plant who are responsible for managing all of the plant and its operators on site. Steven has been involved with the plant operations at Cantley since 2001.

Eirrin is Foreman for Buckingham Plant. Eirrin started at Cantley in 1999. Away from work, Eirrin is a keen triathlete and a member of a local cycling club.

Ben joined the team in 2013. He is responsible for the day to day operation of the screening and loading activities. 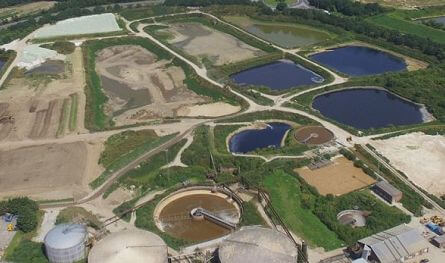 How TOPSOIL is produced